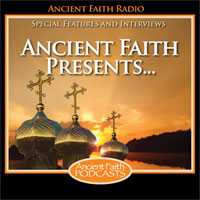 A short blog today, to recommend yesterday's appearance of James Jatras on Ancient Faith Radio. Both laymen and experts will find it of value.

Reuters "reports" on the crisis in Bosnia today, including this bit of editorial guidance:


It [the Dayton peace agreement] has created a highly-decentralized and dysfunctional system of power-sharing woefully unfit to steer Bosnia through economic transition or the process of integration with the European Union, to many their best hope of prosperity.

Ignore for the moment that the riots in (part of) Bosnia just coincidentally flared up during the lull in the Ukrainian drama, and petered out just in time for the predicted coup of "Maydanist" stooges this past weekend. For that matter, ignore the incongruity of EU being the "best hope of prosperity" for the unnamed "many"; to which the best response would be to list countries improved by their EU "integration": Greece, Cyprus, Spain, Portugal, Ireland, Italy, Romania, Hungary, Bulgaria, Slovenia... should I go on?
No, I'd like to draw your attention to the "woefully unfit" language of the paragraph, implying - falsely - that the Dayton Accords are to blame for the malfunctioning of Bosnia as a whole, rather than - factually - that the problem lies in the corruption, bad faith and lack of responsibility in one part of Bosnia, the Federation. If there is a "dysfunctional system", it is the Federation, and that arrangement has nothing to do with Dayton (read for yourself), and everything to do with a wartime alliance set up by Washington in 1994.

While changing the Constitution of Bosnia would literally require rewriting a portion (Annex IV) of the peace agreement - and once that is done, the whole thing might well unravel - amending the Federation's constitution is far less of a chore. But it would require responsibility, a modicum of good will, and - perhaps most importantly - for Muslims and Croats to stop blaming the Serbs for all their problems and put their house in order.

Far easier to shift blame and demand Imperial intervention, through staged riots, arson, and "activist journalism" of the kind quoted above.
Posted by CubuCoko at 20:48 7 comments:

MEP and EU's commissar for Serbia Jelko Kacin (of Slovenia) is prone to running his mouth, so I try to tune out his frequent Serbophobic rants. However, given the events of the past two days in Ukraine, something he said in an interview to a Sarajevo TV station on February 10 sounds like a threat, admission and portent all at once:

"If you follow the developments in the Ukraine, you will see in a week or two how we treat the irresponsible political elite."

Here is the full video of the interview.

And we're supposed to believe the EU and the US are not meddling in Ukraine, and that the "peaceful protesters" have quite spontaneously decided to storm government buildings and open fire on the police... why exactly?

What is one to make of Barack Obama's remarks yesterday, during a visit to Mexico, when he condemned violence against "peaceful protesters" - considering that the tele-operated mob in the Ukraine determined to violently overthrow the government may be many things, but is most assuredly not peaceful?
Everyone knows that violence against peaceful protesters is wrong. That is why Ukraine's President Yanukovich has offered a general amnesty, offered a leader of the protesters the post of Prime Minister, and tolerated the occupation of Kiev's central square and public buildings for three months. The problem are not peaceful protesters, but the violent ones.

So, either Mr. Obama's statement applies to an abstraction, or what he said was that Washington doesn't mind legitimate police action against violent protesters. After all, the U.S. government has repeatedly resorted to force, both at home and abroad, to make its point. Surely, a government committed to the rule of law, freedom and democracy, i.e. the equality of all before the law (pace the Declaration of Independence and the Bill of Rights) would not hold other governments to a different standard than itself, right? And surely it would be grossly unfair, and possibly bigoted, to suggest that Barack Obama does not know exactly what he is talking about.

With that in mind, Mr. Obama's remarks yesterday represent a clearly implied approval of subduing the violent law-breakers by all legal means. To interpret them any other way would be to suggest Mr. Obama is either a hypocrite, duplicitous, or stupid. Surely, the American public and the media don't mean to do that.

So, according to the U.S. government, ransacking and burning government buildings, looting armories and attacking law enforcement are all part of "peaceful protests" and fighting them in any way is "repression" and "completely unacceptable"...

...as long as it happens elsewhere, the perpetrators are U.S. puppets and the target is a government that does not take orders from Washington, that is.

This is what all that talk of "human rights and American values" really means.

Between the "regime change" and "color revolutions" and overt meddling in others' elections to the point of making them meaningless, the Empire has sown chaos. The reaping cannot be far behind.
Posted by CubuCoko at 17:28 2 comments:

Today's CrossTalk on RT features yours truly debating the "Nuland-Pyatt Conversation" with Alexander Mercouris and Taras Kuzio. The title is taken from a PR stunt last December, when Victoria Nuland was filmed passing out pastries to the "opposition" gathered on Kiev's Independence Square.

Kuzio's ramblings were particularly absurd. Conspiracy theories in presence of hard evidence? Blaming Yanukovich for dismantling the government, violating the Constitution and "abolishing democracy"? Behind all his talk of "democracy" and "constitutional reform" is an apologist for Imperial takeover.

The best part was when he accused me of sympathies for Socialists and Radicals, which he termed "war criminals" in order to make Banderists (who are, let's recall, nostalgic for actual Nazis) look good. To which I pointed out that not only was this untrue, but those very Socialists and Radicals (now re-branded "Progressives") are now the most willing executioners serving Washington and Brussels. This is what happens when the Empire tele-operates a country for 15 years. That's what is at stake in Ukraine.

As for the actual fallout of the leaked conversation, I'll quote Jacob Heilbrunn, writing last week in The National Interest:


"The louder the Obama administration declares that it isn't meddling in the affairs of the Ukraine, the more certain you can be that it is."

If the Snowden affair has proven anything, it's that the Imperial government is spying on everyone, everywhere, does not intend to stop, and is not even the least bit sorry. Today, however, they might be - just a bit - after a recording of a phone call between Victoria Nuland (Assistant Secretary of State) and Washington's Ambassador to Ukraine, Geoffrey Pyatt, was leaked to the public.

In the exchange (see video here, with Russian translation), Nuland and Pyatt discuss the "leaders" of the "opposition" movement. They indicate a preference for Arseniy Yatseniuk, the need to manage Vitaly Klitschko, and the problems Oleh Tiahnybok's stormtroopers are causing. Except they characteristically mangle the names, so Klitchko ends up called something like "Glitch," Yatseniuk is "Yahtzee" and Tiahnybok comes out as "Tinybook."

White House and State Department officials have tried to spin this as Russian villainy, but let it slip that Victoria Nuland had "apologized" for the remark made in the conversation - thus confirming the leaked recording was, in fact, authentic.

I was on RT again this evening, commenting on the situation. Honestly, if I were one of the Three Stooges of Ukraine's opposition (or is that opposition to Ukraine?), I would be furious at this sort of treatment from the Empire. Meanwhile, if the fishermen have any sort of trade union, it ought to demand an apology from the State Department spokeswoman Jen Psaki, who tried to suggest Nuland had learned her salty language aboard a fishing boat.

If I may venture some predictions here: Psaki will be quietly reassigned to a broom closet somewhere, because someone needs to take the fall for this fiasco. Nuland won't be sacked, but her PR value will be greatly diminished for a while; no more handing out cookies in Maidan, for sure. The EU commissars may fume at the Americans' language, but they won't change their policies; Brussels needs Ukraine in order to fuel its welfare gulag, Americans need it to hurt Russia, and so long as those objectives overlap, they will stay united.

I think it's also unlikely the Three Stooges will sever their ties with the Empire. They know who butters their bread, and figure that being treated like a puppet is a small price to pay for access to wealth and power. Their choice - "all the kingdoms of this world, and the glory of them" - has already been made, and they are unlikely to change their minds now.

Ordinary Ukrainians, however, may stop and wonder whether things are really the way the Stooges and their Imperial backers have been presenting them, and whether "freedom" and "democracy" mean anything in a world where Imperial officials "glue" and "midwife" Ukrainian politics, then call it will of the people.

Oh, and wouldn't it be a pinnacle of irony if the leaked conversation wasn't recorded by the Russians - as the Washington spin doctors insist - but rather by the NSA? Hoisted with their own petard, as it were. Something to think about.
Posted by CubuCoko at 18:23 7 comments:

If I seem to be on RT every other day, that's only because I am. This past Friday I did another live interview on the situation in Ukraine, a recorded one for later, and another recorded segment for their Arabic service. And in the process let one cat out of the bag.

You see, as of January 1, I've been President of the R. Archibald Reiss Institute for Serbian Studies, a nonprofit intended to challenge the falsified history (and media imagery) of the Serbs. It was named after the criminal investigator who came from Switzerland in 1914 to document Austro-Hungarian atrocities in Serbia. Reiss fell in love with the people and the country, went into exile with them in 1915, and settled in Belgrade after the war, helping organize the Red Cross and improve the police. The title of this post was the title of his 1928 testament - alas, unpublished for many years - that gave a frank assessment of the Kingdom of Serbs, Croats and Slovenes, renamed Yugoslavia the year (1929) Reiss passed away.

I've been meaning to make the announcement here, as well as via other outlets, once our website was up and running. But as the page came online mid-last week, I was neck-deep in paperwork. Friday's RT appearance seemed as good a time as any, and would reach a greater audience as well. So in keeping with my tradition to shoot from the hip (for better or for worse, my interviews on RT are never scripted), I had them use my new title and affiliation.

Do bear in mind that when I post here, or on Sivi Soko, or on Antiwar.com, I do it in my personal capacity. Anything Institute-related will be published there.

The Institute's mission is to challenge the lies, fabrications and fictions told about the Serbs and Yugoslavia, and contribute to the accurate history thereof, for the sake of better understanding, justice, and peace in a corner of the world where they've been absent for far too long.

Do we really think the truth will matter? Oh yes. Because the real cause of death, hatred and suffering is an edifice of lies erected by the would-be conquerors and despots alike, a sham they have created to dress up the wastelands they've made and called peace.