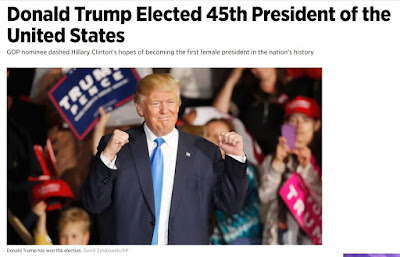 I'm referring to this post, of course. What did you think I was referring to?
Posted by CubuCoko at 20:10 No comments:

We have crossed the boundary that lies between Republic and Empire. If you ask when, the answer is that you cannot make a single stroke between day and night; the precise moment does not matter. There was no painted sign to say: “You are now entering Imperium.” Yet it was a very old road and the voice of history was saying: “Whether you know it or not, the act of crossing may be irreversible.” And now, not far ahead, is a sign that reads: “No U-turns.”
- Rise of Empire by Garet Garrett, 1952

Long-time readers of this blog know that I am a subject of the Atlantic Empire and therefore have the right to participate in the quadrennial ritual of electing the Emperor. While I will not disclose which one of the candidates will get my vote, between my background and what's been published here that ought to be intuitively obvious.

What I will say, however, is this. Once a republic turns into an empire, it is rare - unheard of, actually - for it to get an opportunity to turn away. That's what the quote above refers to. Yet through a combination of most unlikely circumstances, the USA has one such opportunity this year. Whether Americans will use it, or lose it (most likely forever) will shape their own destiny - and that of the world.

Let's see what happens.
Posted by CubuCoko at 12:50 No comments: