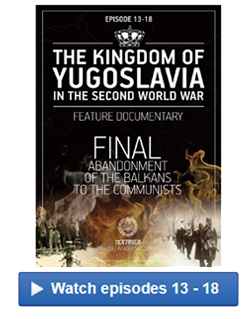 "Our story isn't made up," Samardžić said, adding that buying or renting the series on Vimeo will support the producers' new project, a 90-minute documentary "General Draža Mihailović."
Posted by CubuCoko at 22:03 5 comments: