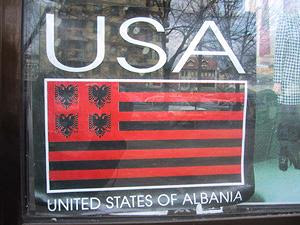 The plot to separate Kosovo from Serbia de jure as well as de facto should be the primary concern of whoever heads the government in Belgrade. Not chasing Ratko Mladic, or negotiating the possibility of a theoretical consideration of a promise to maybe negotiate the notion of eventually entering the EU - the preservation of Serbia's territorial integrity, here and now. Acquiescing to the "independence" of "Kosova" is treason. Trouble is, these days treason is trendy in Belgrade. It's progressive, civilized, "democratic" even...
Posted by CubuCoko at 11:15