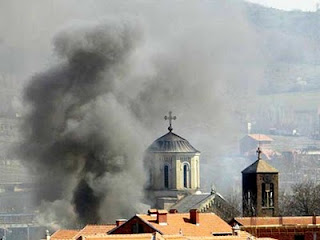 Five years ago today, tens of thousands of Albanians rampaged through the NATO-occupied Kosovo, terrorizing Serbs, burning their villages, destroying their churches and cemeteries, even killing their livestock. It was a classical pogrom, described by one UN official as a "Kristallnacht," and by one American officer as "ethnic cleansing." 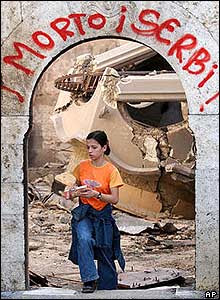 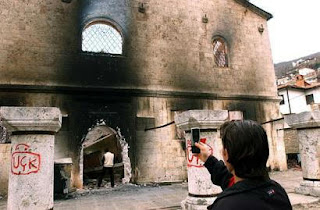 Not a single perpetrator of any of these acts was held accountable. Instead, the "international community" rewarded the perpetrators with the "Independent State of Kosovo." This abomination is a monument to hypocrisy, depravity, and abject failure of the Western civilization.

Look upon their deeds, and know them for what they are.
Posted by CubuCoko at 01:33

There's no need to say anything more. Just pray for the fate of the remaining Serbs in Kosovo and Metohija.

... and pray for the fate of ALL Serbs, because the ones in (or from) Kosovo are not the only under assault. These are dark days indeed.

True. All Serbs are under assault these days all over the Serbian lands.