It's the Spelling, Stupid

A report that a "French" woman was stopped from visiting the U.S. - allegedly because her name sounded (vaguely) like al-Qaeda - reminded me of the peculiar quandary of Balkans spelling (or lack thereof). 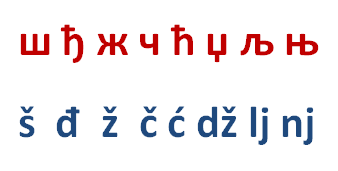 RT reported that Aida Alic, 33, residing in southern France, was turned back from a flight to New York with her husband and two children, and told she had been "blacklisted". No official explanation was given, so Alic speculated to the regional daily Le Dauphiné Libéré that it must have been her name. All passports list surnames first, so hers identified her as "Alic Aida," which she says, when pronounced, may have sounded like "Al-Qaeda" to the Americans.

Except her name is really Aida Alić. The ć is pronounced as "ch", and it is the most common ending to surnames in what used to be Yugoslavia. If the name was Aida's problem (which may or may not be the case; mysterious are the ways of Homeland Security), it could have been resolved simply by knowing how to spell.

One of the first articles I wrote for Antiwar.com, back in 2000, dealt with the problem of Balkans spelling. Because Serbian - and the languages derived from it - is a phonetic language, there is no such thing as "spelling" in it: every letter always sounds the same. While solving the spelling problem, this feature of the mid-19th century linguistic reform also played merry Hell with etymology, grammar, and dialects. But that's another subject for another time.

There are always variations when transliterating names from languages with non-Latin alphabets, such as Russian, Greek, Chinese, Arabic or Hebrew. But there is no transliteration standard for Serbian (or its derivations), which is properly written in Cyrillic. An additional wrinkle is that many modern Serbs (and almost all derivative languages) use the Modified Latin alphabet invented in the early 1800s to replicate the Cyrillic reform for the benefit of Slavs living in Austria-Hungary.

Allow me to illustrate. The last Serbian royal house was named Карађорђевић, after their progenitor, Карађорђе. In Modified Latin, these names would be Karađorđević and Karađorđe, respectively. Properly transliterated, they might look like Karageorgevich and Karageorge. But the lazy, illiterate butchery of language simply erases the modifier marks, turning it into Karadordevic! Even ""Karadjordjevic" would be better, since it at least offers a nod to proper pronunciation of the ђ/đ (like the j in jam). But it still leaves us with a "c" at the end that is pronounced wrong.

Even though modern technology absolutely allows for multiple input alphabets - as demonstrated above - we still get "Alic" and "Vucic" and "Milosevic" and so on. But the problem goes beyond casual usage of lazy illiterates: documents issued in Modified Latin (passports, etc) do not transcribe the names either - so they simply get entered without what the clerks (wrongly) assume are "accent marks." Because of this combination of ignorance and stupidity, most people from the former Yugoslavia emigrating to the West end up with misspelled and unpronounceable names.

Transliteration after the fact is a cumbersome process, and even then, most people don't know how to actually spell their names in English, French, German, Dutch, etc. Previous generations of immigrants have tried, with varying success: Kucinich from Kucinić was a relatively minor change, while Mihajlo Pejić (Михајло Пејић) got turned into Mitchell Paige. Though he was still a hero either way, so there is that.
Posted by CubuCoko at 11:00

I think the 3 letters in Serbian names that lead to the majority of mispronunciations for english speakers are "ћ", "ј" an "ш"

So for example a name like "Joшић" is transliterated to "Josic" and then mispronounced as "Djosik" (Dj as in Django) rather than a more appropriate pronunciation of "Yoshich".

So your name would be spelt Neboysha Malich...I reckon that's how the Russians would transliterate a name like yours into english as they aren't burdened with the baggage of latinica like we are.

That would indeed be correct. The problem is, the way things are now, we can't get the Matica Srpska to use Cyrillic, let alone codify transliteration rules...