This morning, I was on the newest episode of "CrossTalk" to discuss the farce that is the "presidential election" in Banderastan (formerly the Ukraine). It should air tonight sometime, and I'll try and post it as soon as it is online. (UPDATE: You can watch the show here)

Look at who all was involved: "several US senators," Mad Madeleine Albright and her NDI, the State Department, OSCE... Three cats and a unicycle-riding poodle could have voted, and they'd still call it legitimate. Meanwhile, the exit polls are in. Congratulations, it's an oligarch! 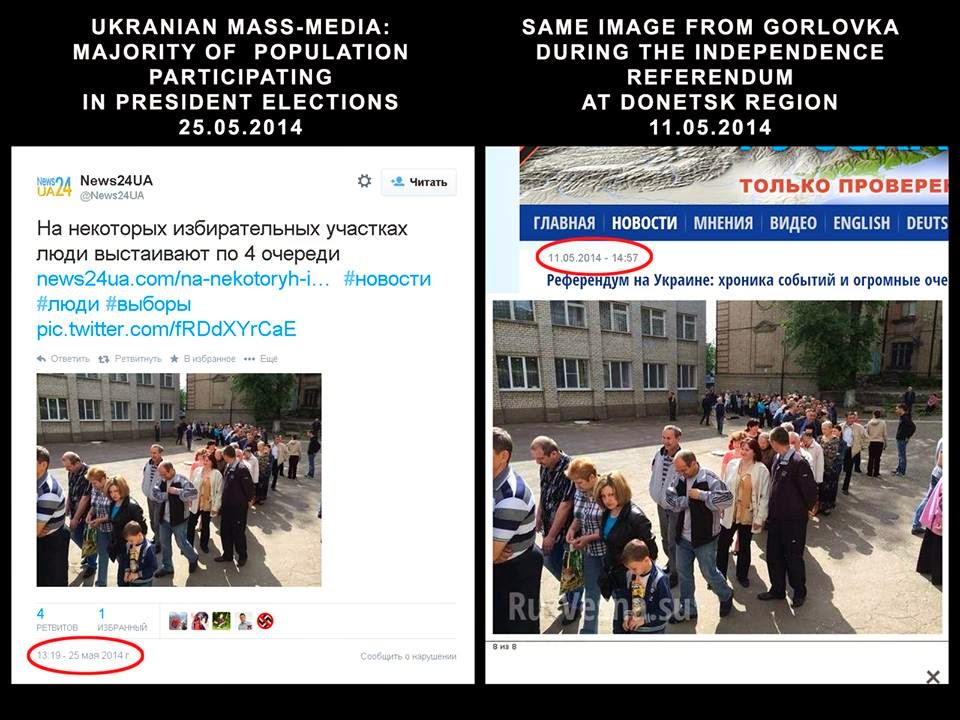 On the left is a Ukie Twitter feed purporting to show happy voters being democratically democratic (source); on the right, the same photo - taken two weeks ago, in Gorlovka, during the Donetsk referendum on independence (source).