Here is a still from the minute-long propaganda video by "Fatherland" party of Ukrainian "Prime Minister" Yahtzee, following his trip to Brussels: 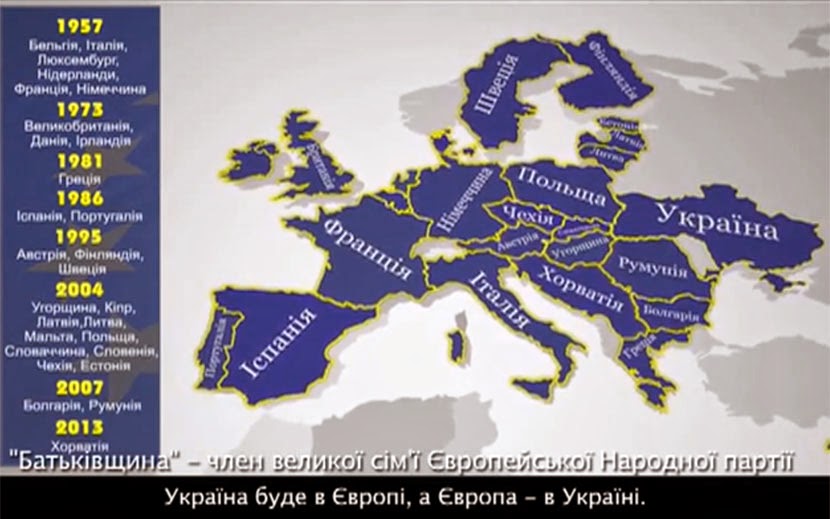 Notice anything? Right between Italy and Romania? Instead of the shards of Yugoslavia, there is now just one country: Croatia.

Is this ignorance of geography, as some have suggested, or perhaps outdated maps? I doubt it. Unlike Americans, the rest of the world actually bothers studying geography, and while I can imagine getting some frontiers wrong, erasing half a dozen countries is still a bit much.

Nor is this a pre-1991 map, as Germany is united, while Czechs and Slovaks are separated. Also note that Cyprus (a tiny speck of blue disappearing off the southeastern edge of the picture) is correctly noted as an EU member.

Far be it from me to suggest that this map betrays a delusion of the Empire that some day all of what was once Yugoslavia would be "Croatia" - though I am kind of curious what Slovenians, "Bosnians," "Montenegrians", Macedonians and "Kosovians" think of that. And I can't shake off the feeling the Serbs are being systematically bullied and brainwashed to that very end.
Posted by CubuCoko at 09:00